What Level-5 Leadership Really Meant: our StoryChaser Analytics Use Case. 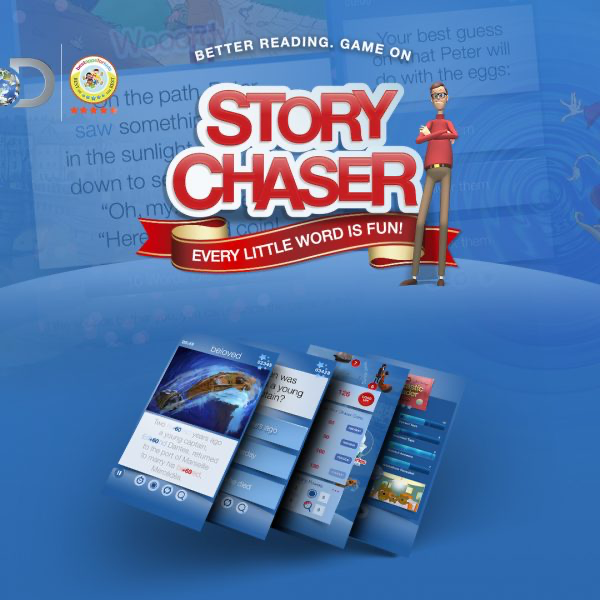 According to Jim Collins, the author of international best-seller Good to Great, the essential ingredient for taking a company to greatness is having a “Level 5” leader, an executive in whom extreme personal humility blends paradoxically with intense professional will.

Before becoming a full-fledged IT consulting firm, Publisto was an independent app developer for over five years. In this period, the Company published more than 25 apps (storybook apps and games) in iOS and Android. Its latest app, StoryChaser, a 30-level speed reading game for kids was featured in the Discovery Channel and ranked in the top-five word games in some target markets.

While designing StoryChaser, our development and marketing teams traveled to Barcelona, Spain to participate in Mobile World Congress (MWC) and meet with our partners to discuss game design best-practices, exchange marketing and advertising ideas. While discussing with our partners in Adjust, worldwide leaders on mobile app tracking, we came with the idea of extending the usual analytics data to incorporate app and game-specific data that could potentially boost our advertising campaigns and our game and level design strategies.

During the weeks that followed, we worked hard to develop our own game-specific analytics and fine tune them for our first release. In one of our meetings, we agreed on the level-design, marketing and targeting specific events we needed to track in our game and implemented them in our code. We also developed a data visualization dashboard and reporting tools, using state-of-the-art frameworks to monitor our users’ behavior while in-app.

StoryChaser was released in two small markets in early July 2015 and globally, a month later. Within a month’s time and according to the AppStore via iTunesConnect, StoryChaser had over five thousand downloads and over twenty thousand game sessions. We had great conversion rate, great retention rate, great session times, great reviews were coming in. But what about our own analytics? As soon as we laid eyes on our visualization and reporting tools, we knew that something wasn’t right. We analyzed the game-specific data and we soon came to a conclusion. Level 4 was just too hard for our users. Users kept playing and playing but only a handful reached level 5.

But it certainly took the first to achieve the latter; after further investigation and testing by our project management and developer team, we found out that one of the objectives to complete Level 4 was out of tune and its difficulty index was far greater than that of other objectives. We created a new version which resolved that issue and released it mid-September. After the update we periodically monitored our user’s behavior and integrated the new data into our visualization tools. Session after session, our graphs seemed to normalize.

This was a close call. Our own in-app game-specific analytics had saved the day. We had a quick and to-the-point resolution without spending weeks on investigating why we didn’t have the amount of in-app purchases or advertising impressions that we should have. We minimized the bounce rate and the advertising costs and restored our monetization strategy in just a few short days.

For organizations and businesses that use the web or the App Stores to extract meaningful analytics and for business managers who understand the importance of data, there’s nothing better than having the humility to understand how to make everyone make it to the next level.