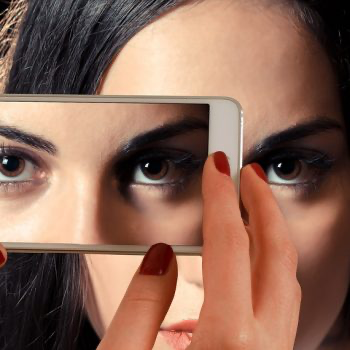 Front-end development is all about user interfaces (UI). How to make them easy to work with, natural to interact with and above all, welcoming. Studying them alongside their relevant production techniques, I came to question whether the same principles which apply to simple 2D websites and applications, similarly apply to mixed reality environments.

It seems that the established view experts have on the subject is still 2-dimensional. People talk about visual overlays, much like these in first person shooter (FPS) games that represent your status or achievements and follow you around, generally applying an info layer over the screen action. This is what they believe Mixed Reality UI’s will look like and there is good reason: it's what users already know and already feel comfortable with. Yet I believe the future lies in objects.

Much like programming itself evolved from simple continuous lines of instructions to the processor and collections of data, to object-oriented programming involving describing your data sets as objects with characteristics and actions (eg a ball object has radius, color, fabric and it can bounce and get thrown), I believe UI interfaces will become similarly object-oriented in order to condense as much info in themselves.

Consider this: in your PC, the recycle bin symbolizes the place your deleted files are going, before permanent deletion, yet in MR you don't have to symbolize, you can have an actual bin where you can “throw” files in! Designing a vector graphic in illustrator? You can have virtual paintbrushes and scissors do those tasks.
Another example could certainly come in fields such as e-commerce. A virtual shopping cart, having the items you want to purchase and being able to hold them and simulate using them, could really revolutionize this industry.

Similarly many symbolized features of everyday tasks can find their place with virtual objects. I believe that giving the actual tools to the users in order to better fit in your interface will drastically improve their familiarity with your service or platform.

Especially in Augmented Reality, I have become a sceptic for the need to use constant overlay of data in your eyesight, thereby obstructing you from real life. Using objects you can have your notifications or your map on your field of vision only when you need them, in example opening the map after you draw it from your virtual pocket.

Object Oriented Mixed Reality User Interfaces have the power to unlock magic and move it from the rusty enclaves of screens to the eager warmth of human perception. I believe this is power that will not go to waste but will help interfaces become even more humanized and mixed reality, even more central to our daily lives.
Friday, June 25th, 2021UI/UX DesignSunveer Singh