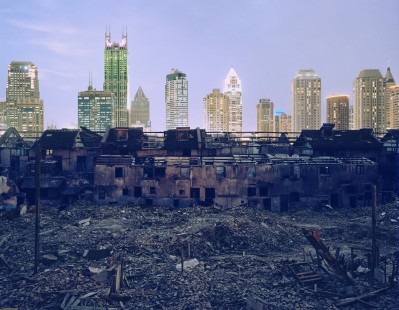 Digital is Your “Missing” $2.2 trillion

The United States leads in business digitization efforts in ways that challenge not only boardroom group-thinkers but often, even daring futurists. In the process, it may create huge value for the global economy: Three months ago, McKinsey Global Institute estimated that in just three big areas of potential—online talent platforms, big data analytics, and the Internet of Things— digitization could add up to $2.2 trillion to annual GDP by 2025.

The problem is that the speed of change observed in businesses which re-imagine their entire operations and business models is not matched by others, which see transformation in a piecemeal approach, thereby choosing to solve specific business problems with individual digital technologies. As a result, the true benefits of digital transformation are enjoyed by few and a new digital divide arises, worse than income inequality. For this is not just embedding business inequality, it secures more future income inequality as well.

The data is striking: while businesses in ICT, Media and Professional Services have led productivity and income growth between 2015-2014 due to their relatively high digitization, their share in the employed population is only around 10%. At the same time, industries which account for the largest employment share such as retail, government, healthcare and hospitality seem slower to digitize and thereby unable to reap any analytics and integration benefits.

In our experience, what keeps most often people from drafting and implementing daring digital transformation strategies and assuming the risk in finding themselves in a totally different business (rather than doing nothing and slowly staying out of business) is fear. They see digital as a huge diving whale.  Some prefer to watch in awe and see how it plays. Others, charge to grab its tail.

“In many cases you’ve already built the house your firm lives in, and now we’re telling you that you need to build a foundation under that house. It won’t be easy,” write Peter Weill and Jeanne W. Ross in their bestseller “IT Savvy”.

As it happens with whales and foundations, often the best way to go is to 100% accept one full strategy, greatly implemented and to 0% rely on about a dozen almost-there solutions. The good news is that in a recent study, more than 79% of US businesses reported either maturing or still developing digital transformation capabilities. That’s a good start on intentions.

For these businesses this is not an economy-eating whale. It’s indeed a whale to ride.

Previous post Online to seamless: juggling social, mobile, analytics, cloud and IoT for the 2020 customer Next post Is Retail Ready for Prêt-à-Cliquer?